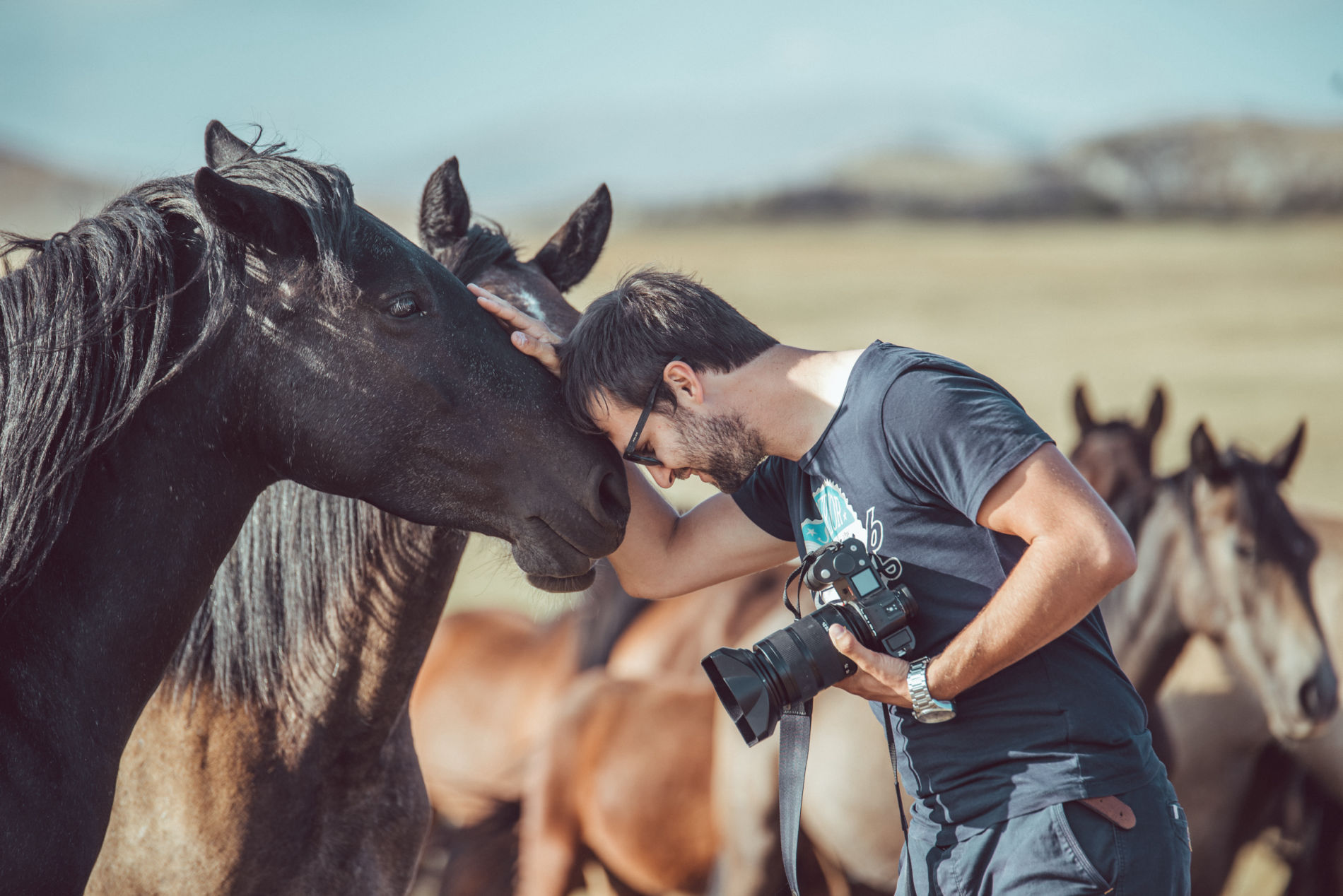 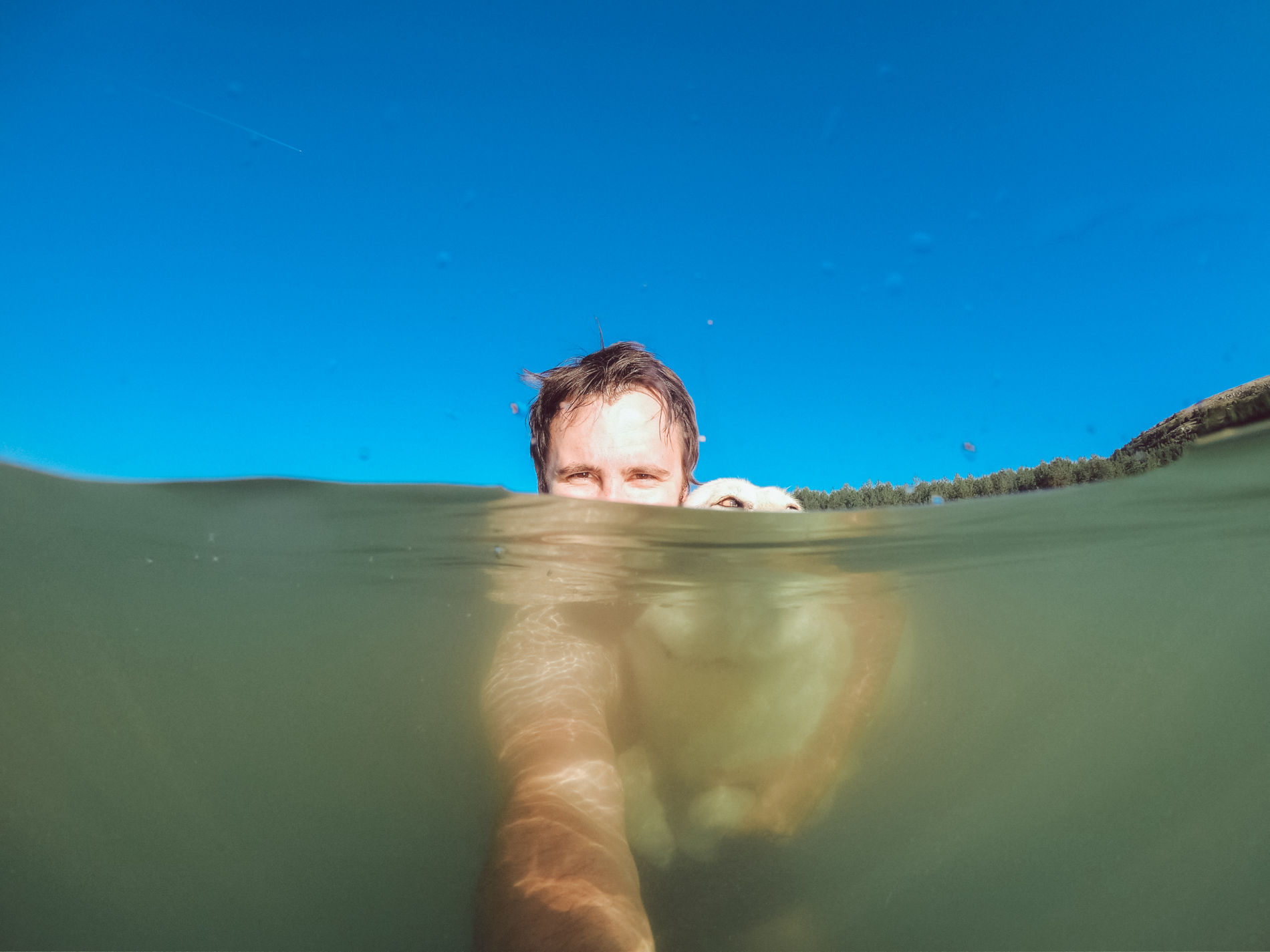 CONTINENTAL ADVENTURE is a tourist agency based in Livno that deals with outdoor tourism and marketing services (photo,video and web). We offer one-day and multi-day excursions, and are currently building the first glamping resort in this area. In addition to accommodation and numerous outdoor activities, we will provide our visitors with much more than just a peaceful sleep or simple outdoor activity!

Each story is unique in its own way, including mine! As a teenager, I fell in love with rock music and wanted to be like Štulić, who sang about the Balkans with a Fender guitar. Fender, as a good brand, also has a high price, I, as a teenager at the time, could not possibly pay it. Father Jako, a professional photographer, offered me a job, i.e. I photographed weddings in order to save money for Fender. My father taught me the basics of photography on a 35mm Nikon f100, and I started taking photos because of guitar. I bought the Fender! Love was born, not for the Fender I still play today, but for photography! Like any photographer, I began to explore different photographic styles and motifs, and the one I would always return to was landscape. And for a good landscape, you need beautiful nature. Thank God for Livno and this beautiful surrounding He gave us! So, that is how my “photography path” was built! I would photograph people for money, but I would photograph nature and animals for the soul.

I went to Zagreb to study Film and TV Production. I got a pretty good education, although the best one I gained was in practice on film sets. Not seeing myself in a big city, I would constantly take the opportunity to return to Livno. Not only because of my mother's zeljanica (local dish), but because of the nature and expanses I missed. I decided to leave all my jobs in Zagreb and come home! A rather illogical decision from the perspective of the average man, because at that time the largest number of people moved out of Livno and its surrounding towns. I returned back home! How smart! I continued to work at a family company, engaged in photo and video production, and continued to take photos and record my hometown. As everything ends up on the internet sooner or later, so did my photos and videos. Everyone who saw the photos were surprised by the nature in which I lived, especially by the beauty of wild horses on Cincar Mountain. Privately, I began to communicate with the first guests who wanted to visit Livno. The satisfaction with which everyone left gave me the motivation for developing ideas for tourism in Livno.

And then Linnovate, a technology park and business incubator, opened. I reported my business plan to them. The commission that did the selection of business plans was not exactly impressed, but luckily it went to Mate Rimac. I knew Mate before and we collaborated by making a video for his firm, Greyp Bikes. After reading my business plan, he messaged me via Facebook. I don't think I could have gotten a bigger encouragement! I registered the company and got started. Our first excursion was Wild Horses Photo Safari - a half-day trip and certainly our biggest attraction. Being a destination with a huge tourism potential with no tourist board, we paid great attention to the marketing with our photos and videos! We submitted a business plan on a Wild Horses Excursion at the invitation tender of ViaDinarica, which chose our project proposal as the one with the highest potential. They approved grant funds to improve our business. Over time, we realized that we do not have adequate accommodation in Livno in nature and decided to build our own. We bought a building plot above Buško Lake and started a new project for the construction of a glamping resort. Additional support was provided by USAID's Diaspora Invest project through which we concluded cooperation with Rimac Automobili and Greyp Bikes, and received additional grant funds for the construction of the resort. After less than 2 years of work, the company acquired significant business partnerships, constantly invested in promotion and new content, and proved to be a viable business idea. This year, we are realizing the first in a series of investments and we can be proud that with our work we have gained Mate's trust, who turned his initial moral support into an investment and became the proud co-owner of Continental Adventure.

It all started because of Fender and through film and photography came to tourism... These roads are really strange, but the further we step down the road, the safer the step becomes even though it doesn't know where the path will eventually take us. The road didn't take me, the road brought me back to Livno! I live the happiest life here! I hope that someday the road will bring you to Livno. When you come, you will surely understand why I left the big city and returned to my little Livno, for whose beauty Continental Adventure was created. 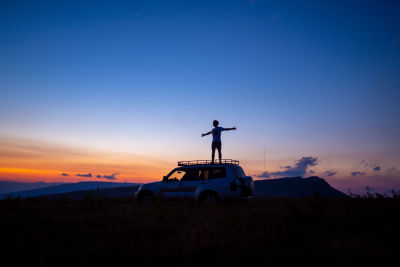 "Before coming here I wasn’t really sure what to expect. I honestly didn’t even know until last year that there was something like this here. Even that day I was quite confused. Although, maybe I just wasn’t ready for all the beauty I was going to experience. Would it be an exaggeration if I said that a tour of Livno’s wild horses is one of the best memories of traveling around Bosnia and Herzegovina?" 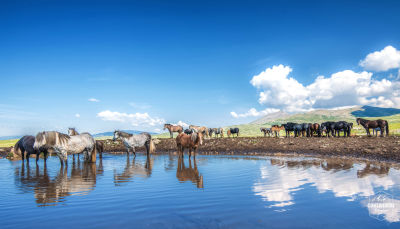 "Thank you Continental Adventure for the wonderful day spent in Livno. Everything was perfect: from the guide who was very professional, full of knowledge and great photographer, to the beautiful nature. And of course, the wild horses were the highlight of the day. I have been talking about you since I returned to Sarajevo. I recommend everyone to visit Livno and book
Wild Horses Photo Safari. I will definitely come back!" 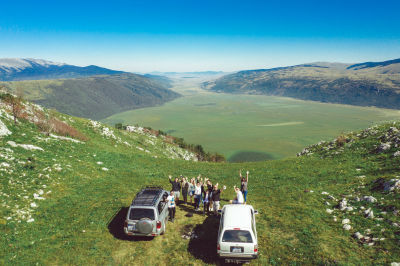 " Many thanks to the wonderful young couple for an extraordinary experience! An excursion to Cincar Mountain is a real adventure. An unusual visit to wild horses is something that everyone should experience. Fairytale scenes with lots of interesting things we learned from our guide. I definitely recommend it as one of our country’s greatest treasures." 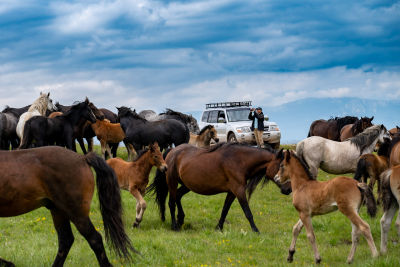 "Thank you very much for a wonderful experience. We returned home with healthy and rosy cheeks due to height, fresh air and full heart and soul. Guide Jako is a wonderful man, talkative and very interesting, he completed the experience. Just keep doing as you are already doing, making both horses and people happy. See you again next year!"

Our destination and all excursions are located on the trails of ViaDinarica.