The adventure is waiting for you!

Our program takes you on an unforgettable journey to one of the most beautiful destinations. Livno has about 2,250 hours of sunshine a year, which offers ideal conditions for outdoor activities.

Program adjusted to you

The travel program is not age-limited and can be adapted if necessary.

Upon arrival at our resort we will place you in your accommodation and introduce you to all leisure the activities you can complete in the vicinity. Dinner and overnight stay.

After breakfast we take you on a historic tour of the city of Livno.

Traces of life in the area of Livno were recorded in prehistoric times. Temperate climate, plenty of drinking water, beautiful Livanjsko field, clean mountain air, closeness to the sea, are some of the benefits that have tied the inhabitants of Livno to their region. On this historical and cultural tour through the city of Livno, you have the opportunity to get to know our most beautiful and valuable monuments. We're going to show you the essence of Livno, so once you leave, you will want to come back again. We start our gathering in the museum and gallery on Gorica, a top museum institution that preserves our most valuable archaeological, ethnographic and sacral objects. The Gallery of Gabriel Jurkić will leave you breathless because of the immersion in the beautiful landscapes painted with the quill of this famous painter. Next to the museum is the church of St. Peter and Paul, widely known for its beautiful wall paintings. It represents a cultural monument that began to be built in the 19th century. We continue our tour to King Tomislav Square where you will hear more about the interesting history of Livno. Next, we proceed to the archaeological site in the heart of the city, the cemetery of St. Ivo. Here, the foundations of the first Franciscan monastery in BiH from the beginning of the 14th century hide, as well as the foundations of another series of early Christian sites in our area, dated in the 5th century.
We continue to the source of the Bistrica River, the impressive Duman, which is located under the magnificent rocks of the Bašajkovac hill. Here we will take a break with a picnic where you will have the opportunity to try our famous local products, such as homemade pies and cheese, homemade juices and brandies. While we are resting, you have the opportunity to hear more about the history of Livno cheese as well as the numerous extinct crafts of Livno, some of which were related precisely to this location. Caves above the source have been used in the past for maturation of Livno cheese, and this is just one of the interesting facts you will learn. After a break, we continue our tour of the Old Town, climbing Glavica where you will have the opportunity to see the magnificent Dukatar’s mosque from the 16th century with Sahat tower. We will also visit the oldest mosque in Livno, Balaguša, a cultural monument. Also, Pirija's Tower, a residential fort from the 17th century. We continue to the Orthodox Church from the 19th century, another protected cultural monument in which cultural treasures are kept, 80 old icons that were created from the 15th to 19th century.

Return to the resort and enjoy leisure activities.

The all-day adventure begins with a ride through Livanjsko field which is the largest karst field in the world. Through the ride, the guide introduces you to the flora and fauna of Livanjsko field, which extends from Buško Lake to Bosansko Grahovo. Between Bosansko Grahovo and Drvar there is the cave Ledenica. This cave is unknown because it is closed to the public, so visiting this underground treasure is a real privilege. The cave has 14 halls that are rich in cave jewellery of large sizes and different colours, with shimmering and sparkling jewellery of all kinds (stalactites, stalagmites, columns, corals and others) that look really impressive. Through the cave you will be guided by a local guide from the area. All visitors will be provided with protective helmets and lamps.
After an underground walk we drive to Preodac, a village at the base of Šator Mountain. The village has about 200 sources of drinking water with which we fill our bottles and continue our ride towards Šator Mountain. By vehicle we reach Šatorsko Lake, the water pearl that adorns this mountain. The lake is located at 1488 m, and with a length of close to 300 and a width of about 150 meters. It represents a huge mirror of the sky on its watery superficial. The lake is suitable for swimming, and in summer its temperature reaches 20 degrees, which makes it an extremely pleasant bathing area. Arriving at the lake, you can spend your time swimming, walking around the lake or hiking briefly on some of the nearby paths. During this time, the guide will prepare homemade food that will be served on the table by the lake. You can choose from several local dishes,dishes prepared under a baking bell, barbecue or mountain stew, with accompanying appetizers and drinks. Please note that you need to determine in advance the type of dishes you want, as food is prepared on the mountain. After lunch you will have a short time to rest and relax, before we take you back.

After breakfast, our guides will introduce you to electric bikes and the technique of riding. In agreement with the guides, you can choose one of the nearby trails, and GPS navigation will help in orientation.

Drive to our partners Stur.ba, who will take you on a canoe ride.
What to bring?:
- Swimsuit
- Camera/telephone
- Sandals, sneakers, suncream and a hat-

The tour takes you to the most beautiful river in Livno, Sturba.The flow of the River Sturba is extremely quiet and very suitable for relaxed canoeing, which makes this excursion suitable for all ages. Our partners Stur.ba will explain how to operate a canoe and other equipment. You'll get waterproof bags to store your cell phones and other valuables in a safe place. Through a leisurely ride, the guide/skipper will introduce you to the flora and fauna of this area where you can see a large number of different birds. During the tour, the guide will take several photos that will be available for free download afterwards. Canoeing takes about 1hour and 30 minutes. After the ride you can enjoy the excursion site Crna Stina where you can relax, swim, walk and taste local specialties prepared and served on the riverbank.

Our team will give you all the necessary tips to enjoy today’s hiking. They will introduce you to the trail as well as GPS navigation. You will also get trekking poles, backpacks with water and lunch package.

This hiking adventure takes you to one of the most beautiful mountains in the region, the irresistible Kamešnica. The climb begins in the village of Podgradina where you can park your vehicle and taste fresh mountain water from a nearby spring. The climb moves through a high macchia that later passes into the high beech forest. The entire hiking trail is marked with red hiking markers, and along the trail through the beech forest you are accompanied by several sources of drinking water. On half of the climb there is Pešino vrilo (1350m) where a mountain hut was built, open and available for all nature lovers. Pešino vrilo is the last place where you can take drinking water on your way to the mountaintop Konj.
The journey continues briefly through the beech forest and exits to Gola Kosa where you can enjoy a magnificent view of Livanjsko field, the surrounding mountains and Buško Lake. Fascinating views will follow you all the way to the very top of Konj (1856 m) looking at the Adriatic Sea. From the top you can see all the surrounding mountain peaks and depending on the weather conditions your view can be all the way to the mountain peaks of Montenegro. At the top you can sign a list of fellow conquerors of the peaks and be sure to plan the time to enjoy the magnificent views. When returning, you take the same path you took up.

*This ascent is of medium difficulty, and can be easily mastered by any person. But if this adventure is not for you, you can take different day trip or spend free time in our resort.

Free time for walking and swimming in the nearby lake, (Mandek) or for one of our excursions (atv quad ride, panoramic flight ...).

We take you on our unique and most wanted excursion - Wild Horses Photo Safari.

The Photo Safari offers a unique experience of the Livno region. During this activity you will enjoy the expanses of the Cincar Mountain where wild horses live completely free. The trip starts in Livno, and we drive by off-road vehicle to Cincar Mountain. The first stop on the excursion is the amazing viewpoint "Drulj" from where you have a beautiful view of Glamočko and Livanjsko fields, Cincar Mountain and plateau "Kruzi". Then, we take you to one of the big herds of wild horses which can be a great motif for your photos. During the grazing season we can also visit some of the local flocks of sheep and cows that graze on the mountain. The remains of the first cheese dairies are also located in this area. On the mountain we will prepare a picnic with homemade food, Livno cheese, local meat products, homemade juices and brandies, beer ...

*If necessary, we can arrange transportation to and from all cities in Bosnia and Herzegovina and Croatia. 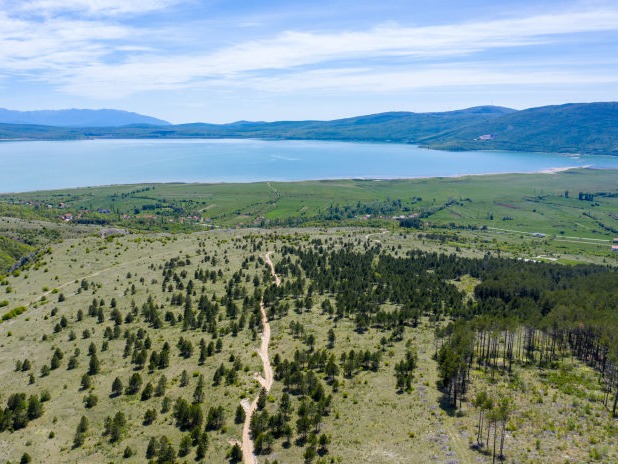 The view of our resort 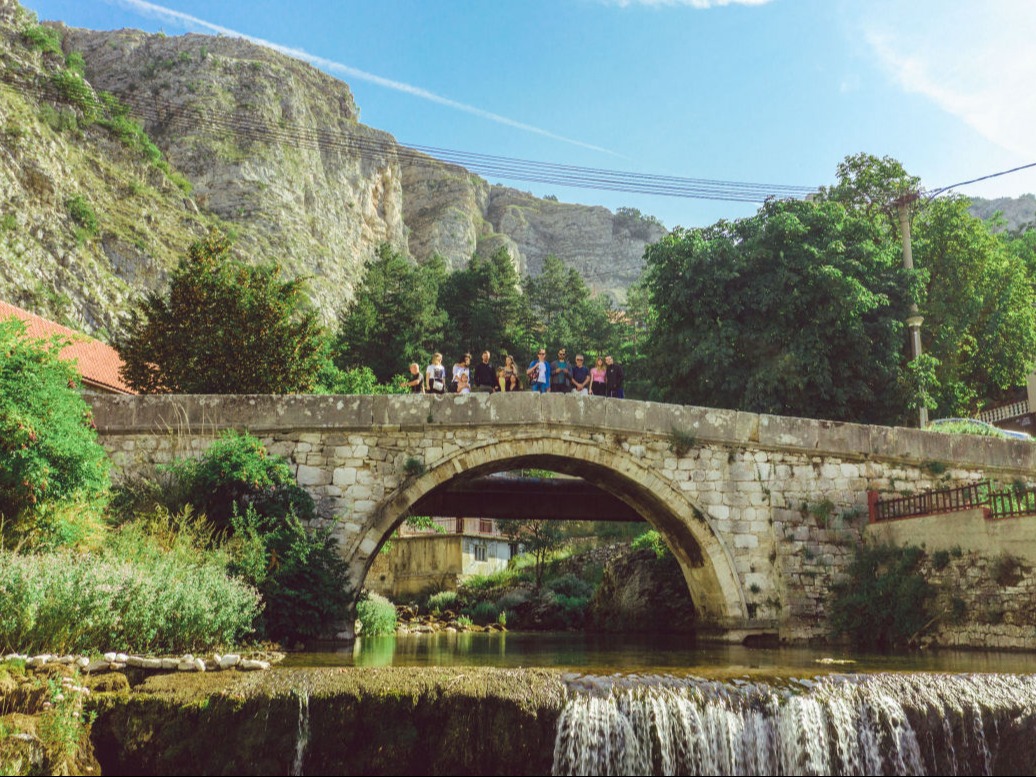 Historical tour of Livno and the bridge "Duman" 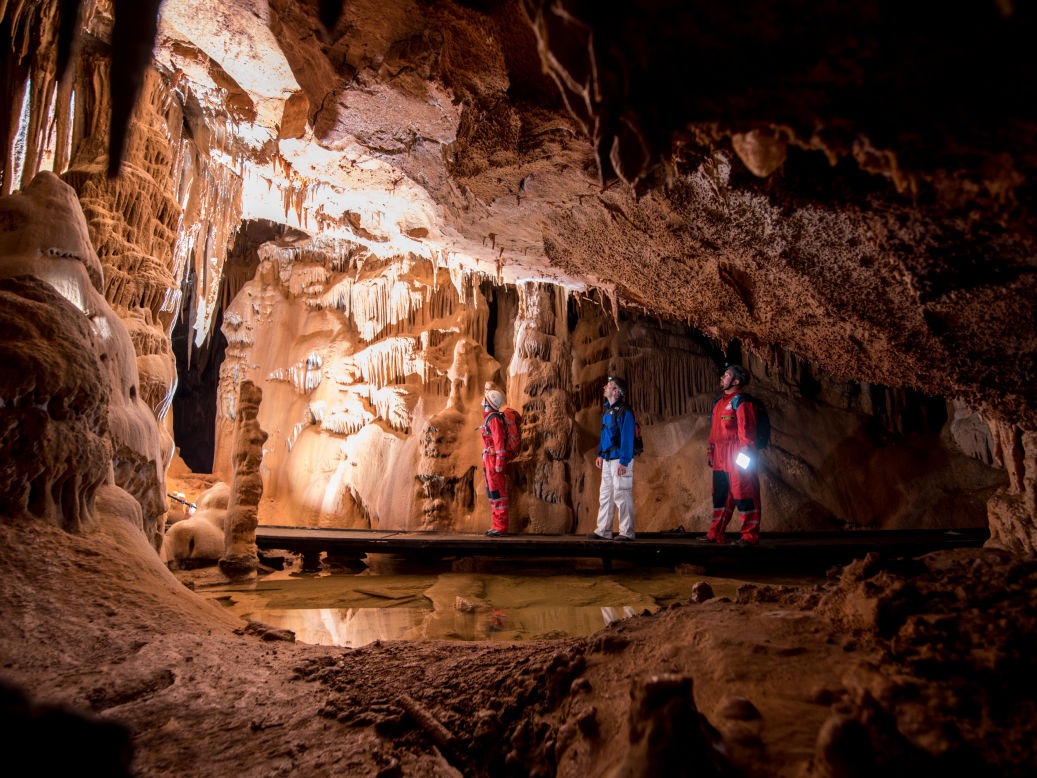 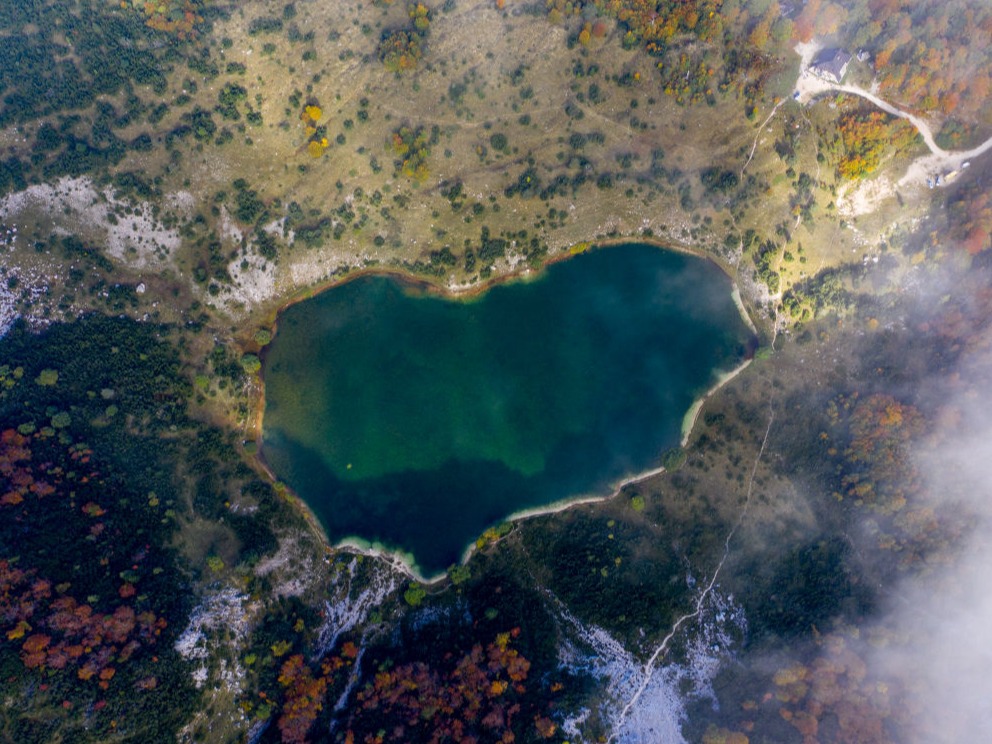 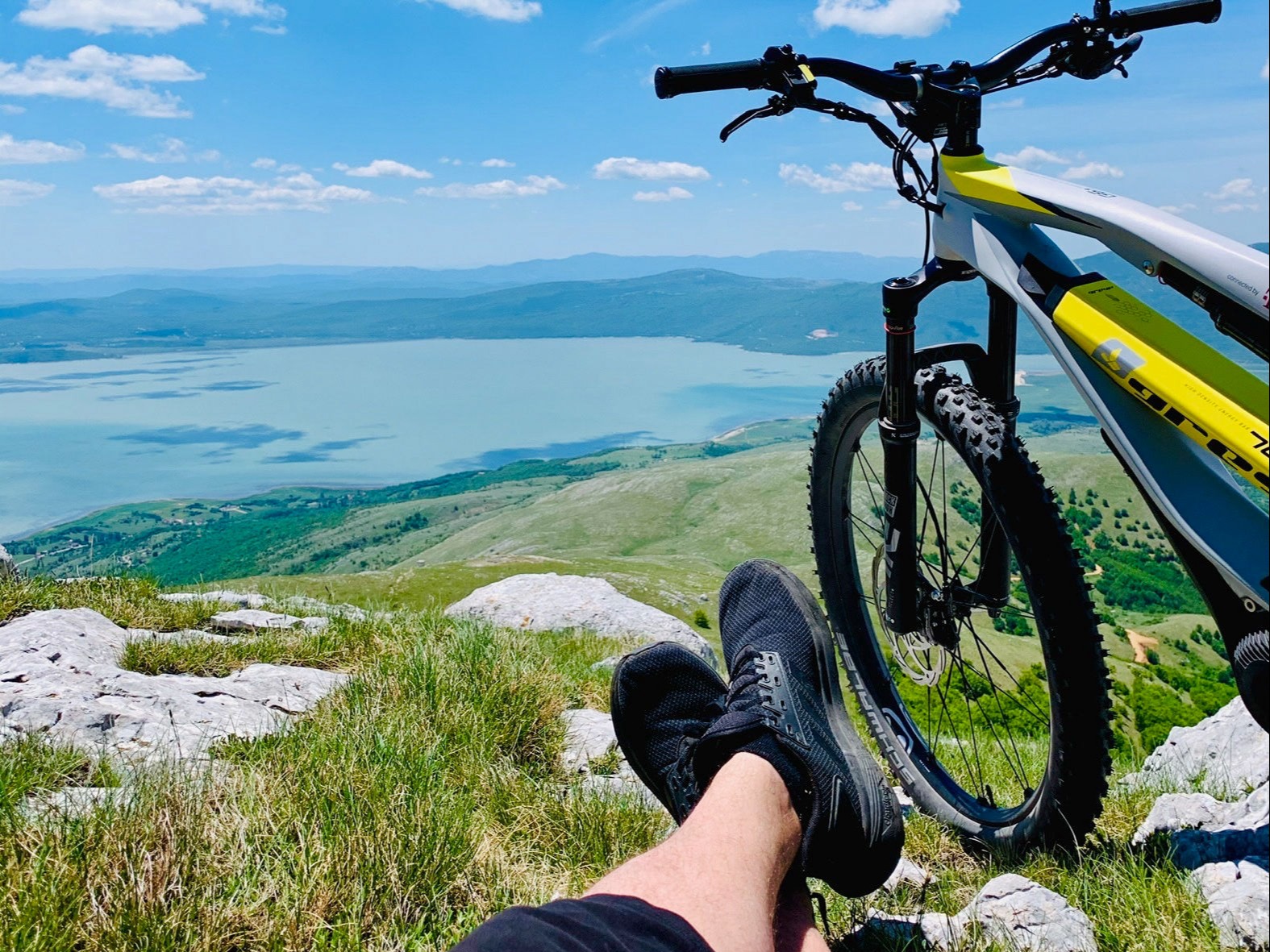 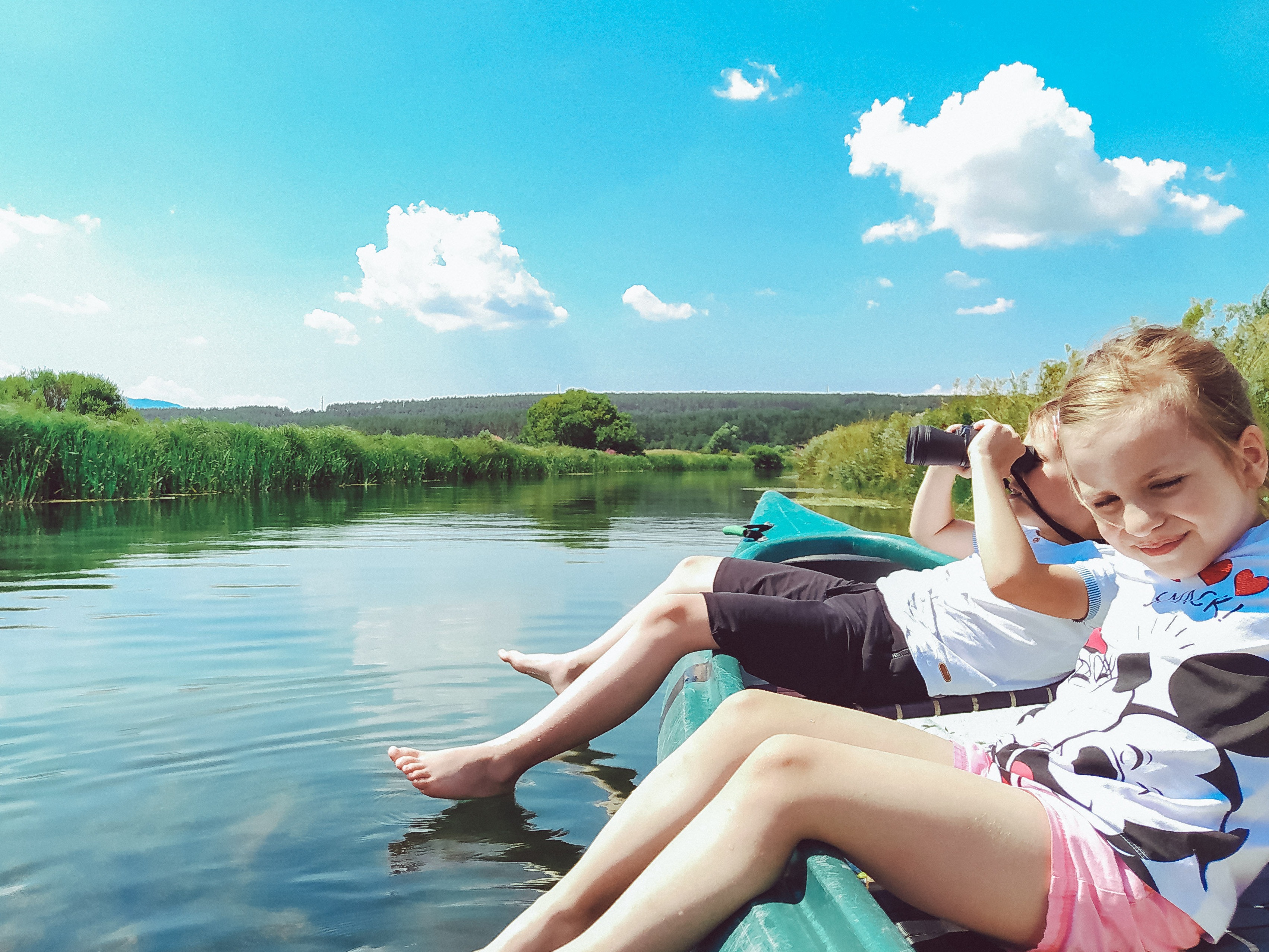 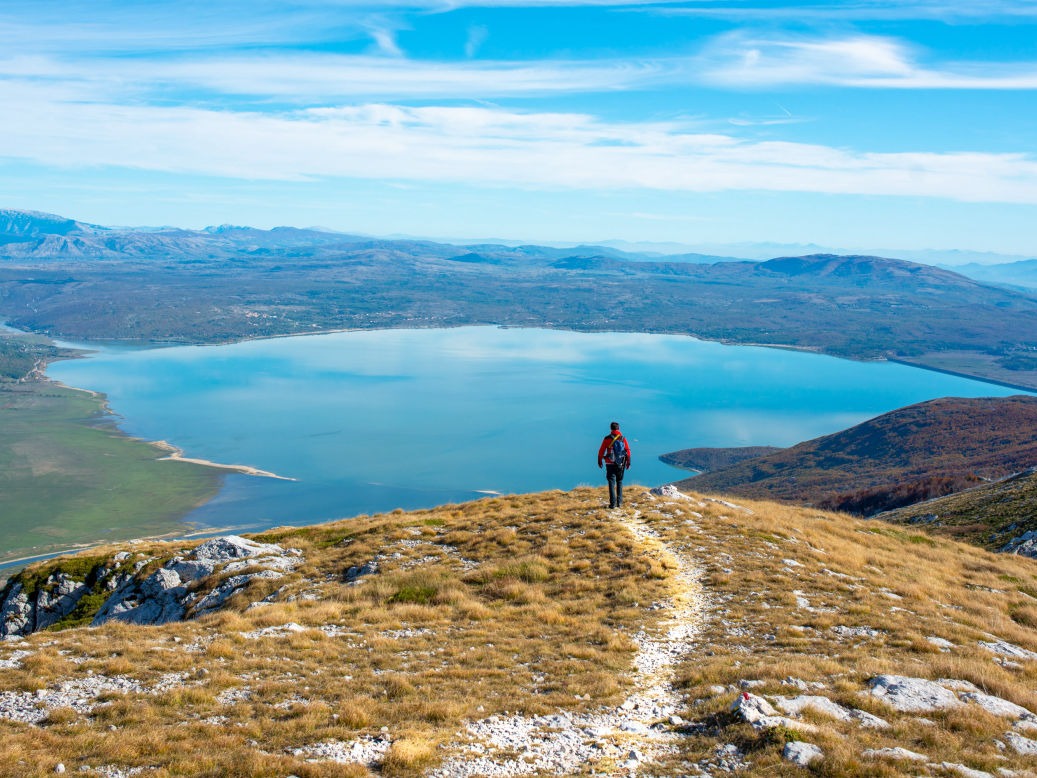 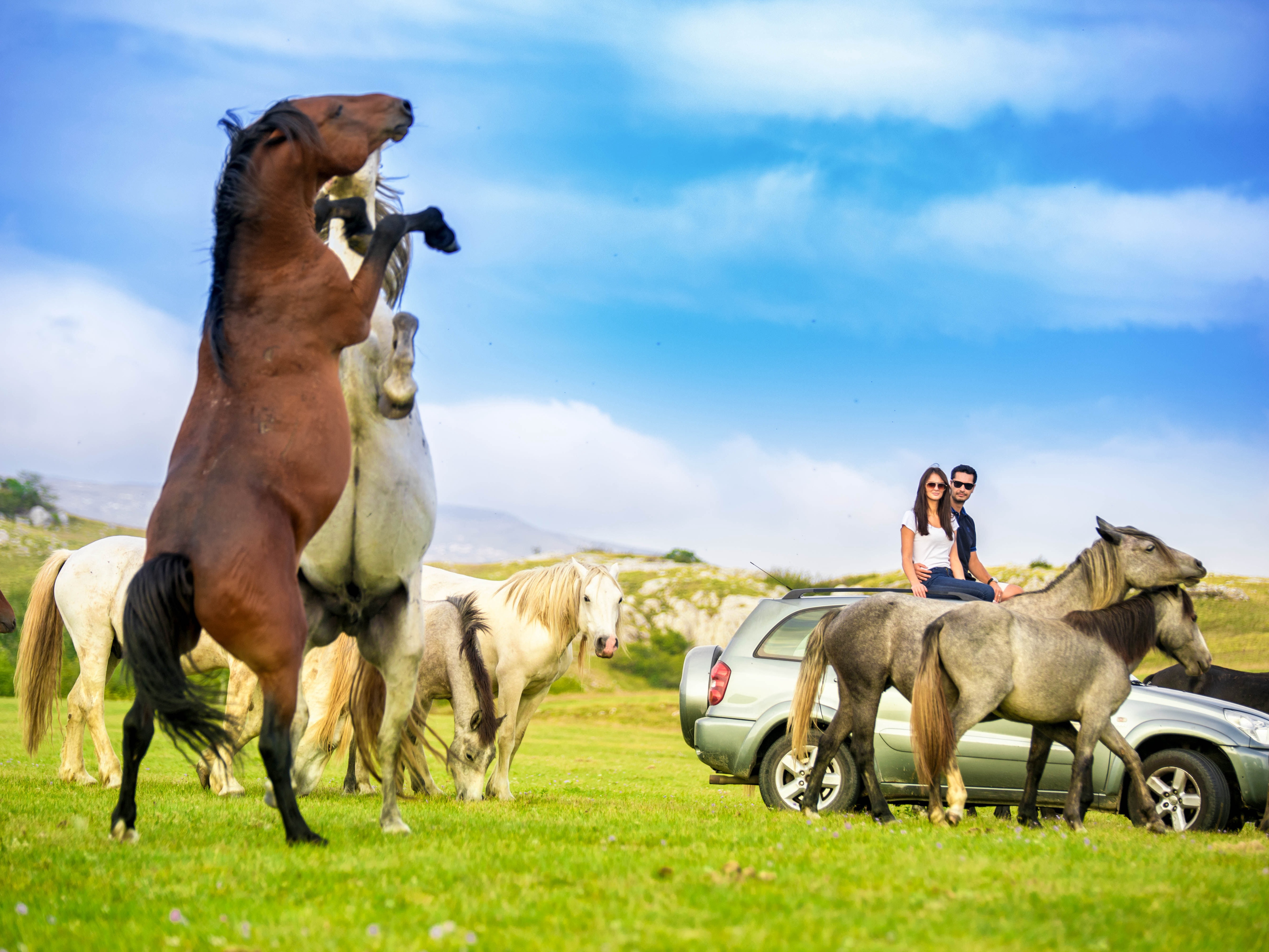 If desired, we offer you the possibility of making your own program, choosing the number of nights and facilities.
You can make your reservation or inquiry through our contact form. Describe your planned vacation and our team will give you all the necessary details and information.

Our destination and all excursions are located on the trails of ViaDinarica.